A Little Bit About Us

At Fang’s Chilli Sauce the philosophy of sharing food amongst family and friends rings true; it’s our favourite thing to do!

Therefore, it is no surprise that our sauce wasn’t created by accident. Developing the ideal chilli sauce has been a relentless four year journey of almost obsessive commitment and an abundance of passion, shared by Chef Clinton Fang Yuen and his team.

Our Chilli sauce is the product of countless batches and taste testings, followed by dining room discussions going late into the night, and even into the early hours. Flavour, consistency, balance and after tones, how one version compared to the next, all to define exactly what essential ingredients combine to make the perfect chilli sauce.

With one last tweak, the planets aligned and the ultimate Fang’s Chilli Sauce recipe was established.

Clinton Fang Yuen’s “Fangs Chilli Sauce” is now yours to enjoy and share. 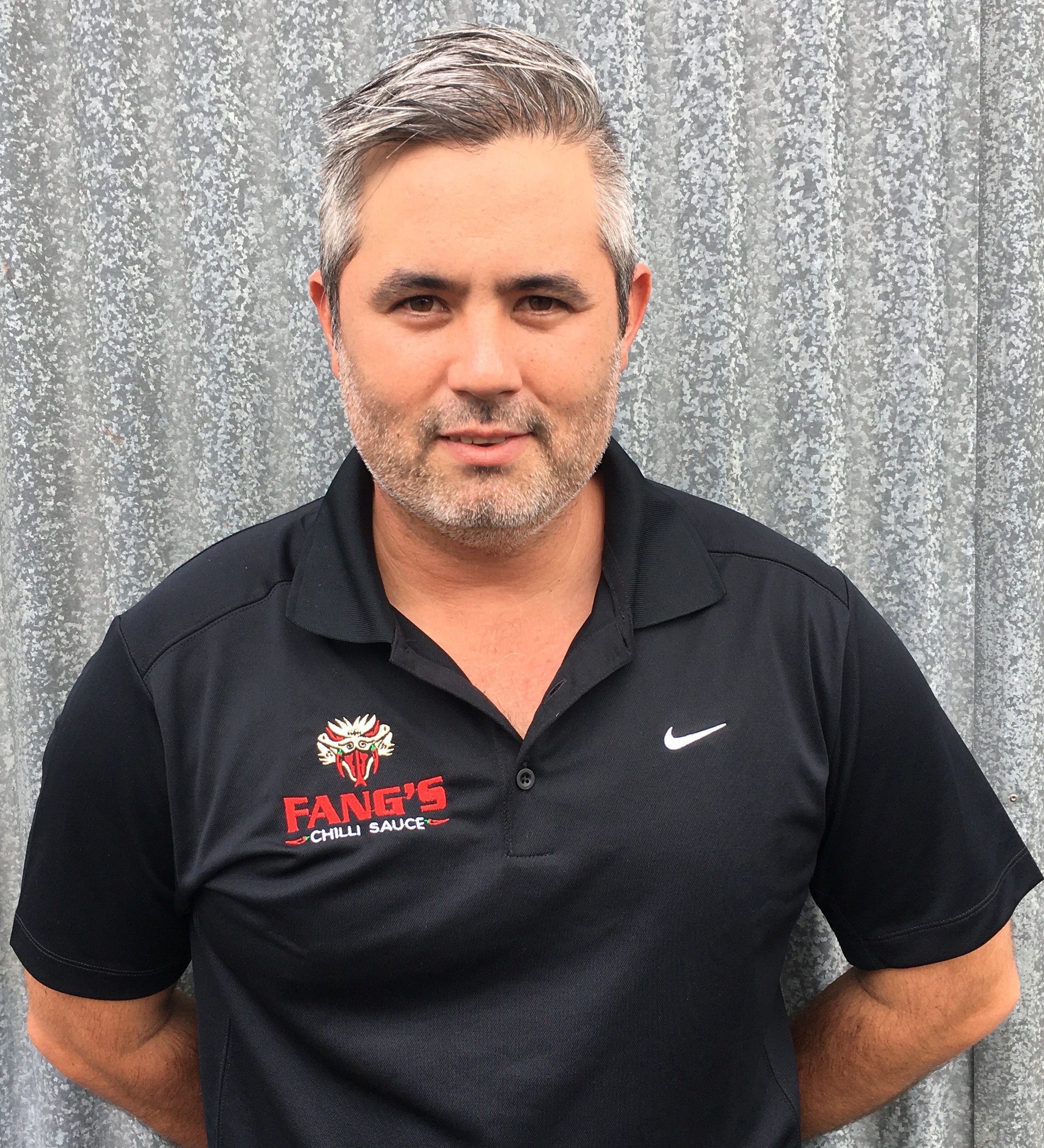 Who better to create a sauce but a chef whose life has been dedicated to delivering unforgettable taste sensations to patrons, family and friends. And whose persistence led to the transformation of the humble chilli into a taste triumphant, full-flavoured chilli sauce laden with health benefits that he would be proud to mark with his family name.

A family meal is not a meal unless it is made from scratch as far as Clinton is concerned. Clinton’s passion for food is second only to his love for his family; his daughter and son are Clinton’s world.

Fang’s Chilli Sauce has been created at a request of Mick James, Clinton’s father in-law. A seasoned business traveller, he was desperate for “something fresh, something with spice, something that could go on anything.’ When travelling Mick would take a few bottles from different batches and provide essential feedback when he returned. Under Mick’s tutorage, the sauce continued to evolve….

Inspired by his wife’s support and Mick’s feedback, Clinton focused on formulating the chilli sauce, knowing he was close to perfection.  Finally, a flawless Fang’s Chilli Sauce was locked in – and the Fang Yuen and James families have been adding it to everything from breakfast, snacks, lunch, dinner and even desserts.

But, this is not the end of the story………Clinton has been working on other flavour packed products to be shared in due course.

“Food is a gift. Millions yearn for it daily, while millions waste it. Food can remove barriers, boarders, religions and prejudice. Food equals life, food is our life” Clinton Fang Yuen 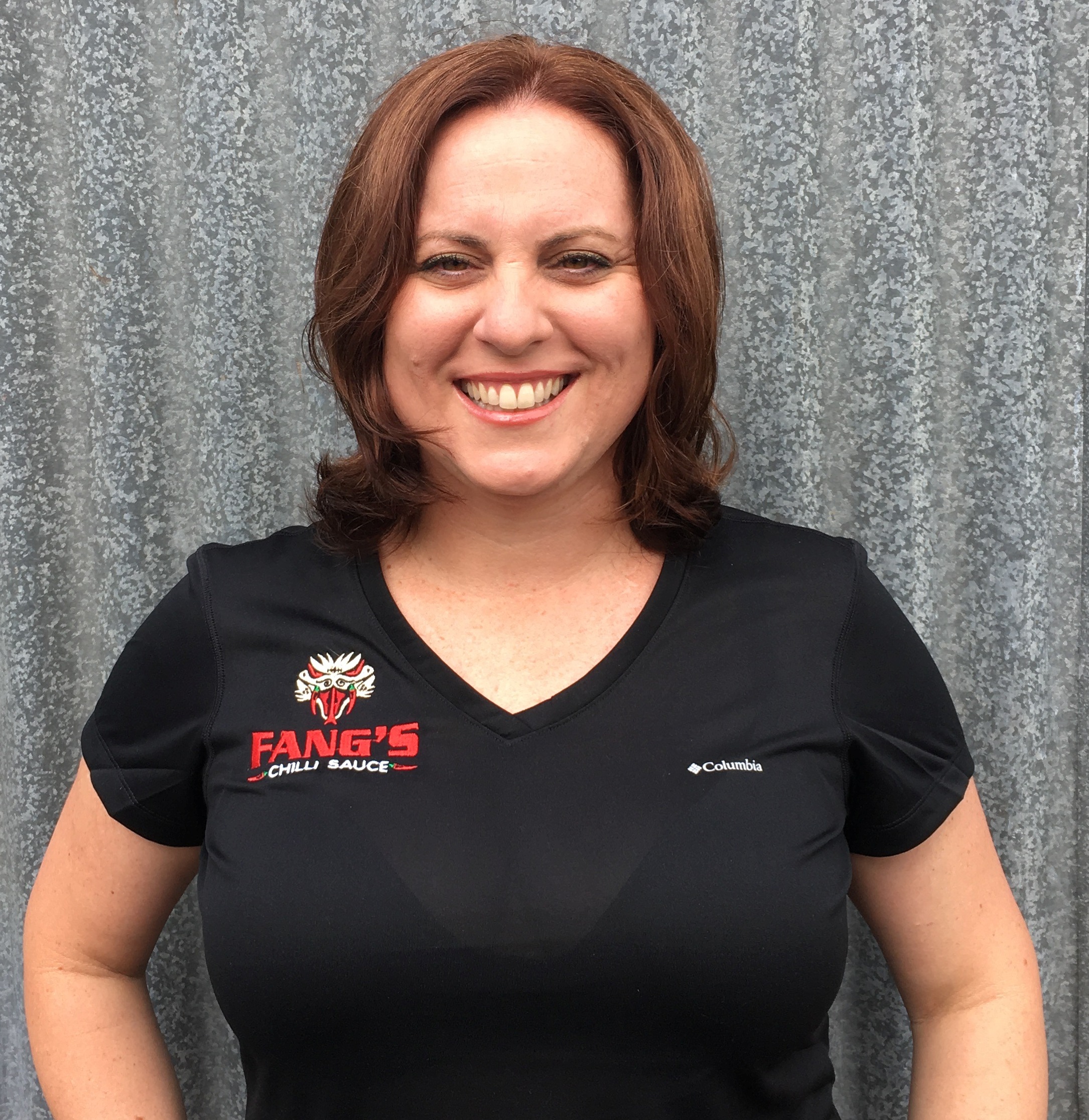 Nikki is not only Clinton’s childhood sweetheart, mother to their children and administration dynamo, she is also a cornerstone of The Fang Group.

Her belief, support and trust in her husband’s vision were key factors in the conception of Fang’s Chilli Sauce. “It’s a sauce that you have never tasted before and will want more, adding it to everything”.

Nikki was instrumental in insisting Clinton complete the recipe as he had come so far and was so close.

“Having family to support, children to nurture and guide and great food to share makes life really enjoyable. My family is everything to me, by sharing our sauce with your family it invites you to be part of ours. Welcome to the family!” Nikki 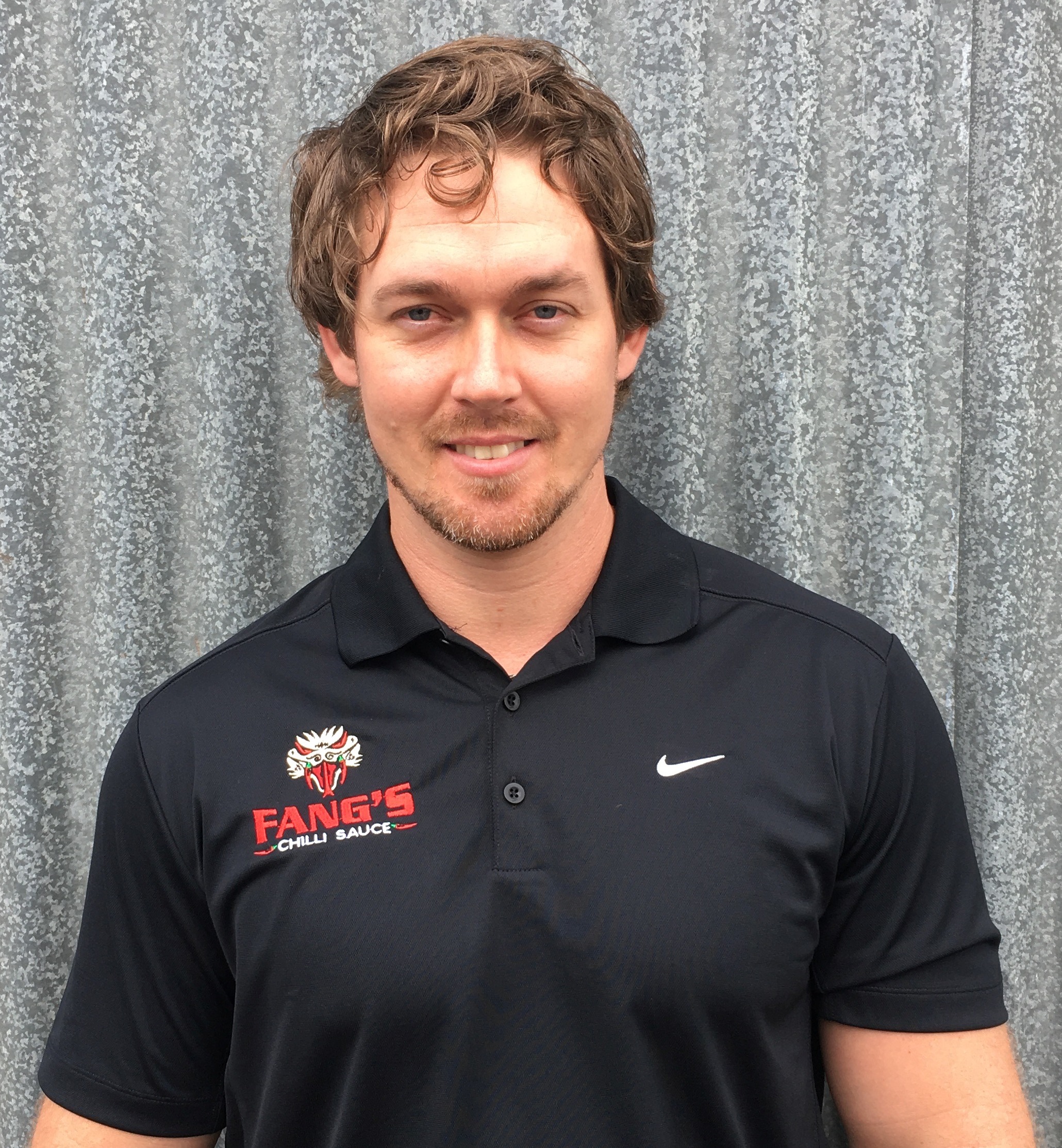 Clint was sold after the first taste. He knew they had created something special, and that Fang’s Chilli Sauce had a place in the market, especially for those who are health conscious. Clint can remember eating hundreds of meals that he wished he could have enjoyed with Fang’s Chilli Sauce!

An accomplished business owner of stores specialising in the health and fitness industry with a strong presence online, Clint was excited and had no choice but to invest and become part of the Fang Group.

Clint’s role is to lead The Fang Group’s retail sales and marketing team, with a focus on the health conscious consumer.

“The Fang Group and our products are key to improving food knowledge, health and farm to plate culture.” Clint 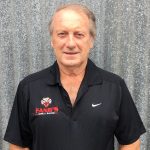 Mick’s is no stranger to hard work, building businesses since the 1990’s. He believes in pushing boundaries, learning from failures and celebrating the successes that your own business can bring.

Mick’s background as a hands on leader in both farming and engineering businesses, has helped to shape The Fang Group’s first commercial production line in Cairns. Mick has been instrumental in the development of the factory and machinery layout ensuring production yield can be achieved and bottles of Chilli Sauce delivered.

Mick’s belief in his daughter and son in-law, has given him a renewed passion.

“Building the Fang’s Chilli Sauce business from the ground up is as exciting as my first ever business. The Fang Group products and vision make you leap out of bed in the morning, not just get up.” Mick 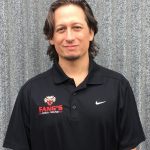 Leading the creative branding and being instrumental in the Fang’s Chilli Sauce logo, Len challenges convention, but has delivered a logo that provides familiarity and makes statement.

With his extensive experience in Global and National design and branding, Len leads the Creative Team. Len’s eye for detail and willingness to push the envelope is a perfect match for The Fang Group’s growth, and their developing portfolio.

“The first time I tasted Fang’s I knew it was a world-beater. That was inspiration enough to create a visual identity worthy of its potential to become a great Aussie brand… maybe even a great world brand! Who wouldn’t be fired up by an opportunity like that?” Len 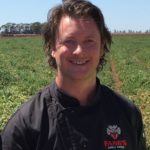 As apprentices Marcus and Clinton spoke often and dreamed that one day they would join forces and work on developing a product together.

Fierce competitors in the kitchen for their Chef’s nod of approval, and brothers outside of it, Fang’s Chilli Sauce gave them an opportunity to fulfil a 20 year long vision.

With retail, hotel and global brand experience in sales, Marcus will seek global partners to grow Fang’s Chilli Sauce, both within Australia and overseas.

“Clinton is truly a food genius. I have been busy with life and lost my way in food. Clinton has reignited my passion for cooking, I now dream about food again, starting to create new dishes. My fire for food is well and truly lit again. I am truly humbled by the opportunity presented.” Marcus